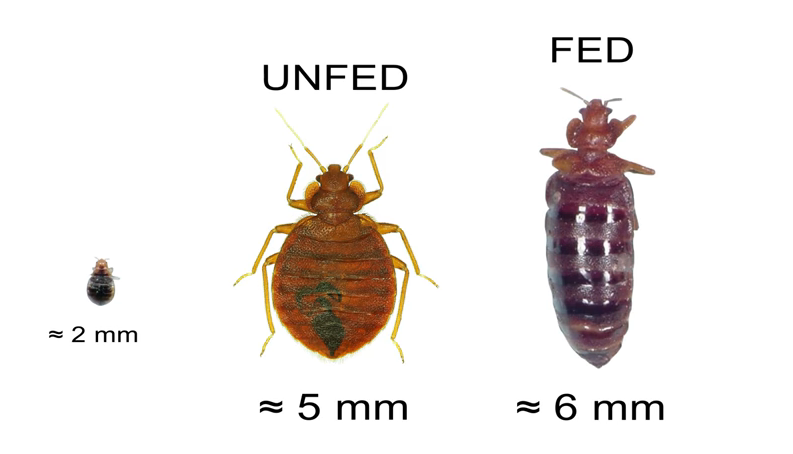 Bed bugs are small insects that feed mainly on human blood. A newly hatched bed bug is semi-transparent, light tan in color, and the size of a poppy seed. Adult bed bugs are flat, have rusty-red-colored oval bodies, and are about the size of an apple seed. Bed bugs can be easily confused with other small household insects, including carpet beetles, spider beetles and newly hatched cockroaches (nymphs).

From its markings, droppings and eggs 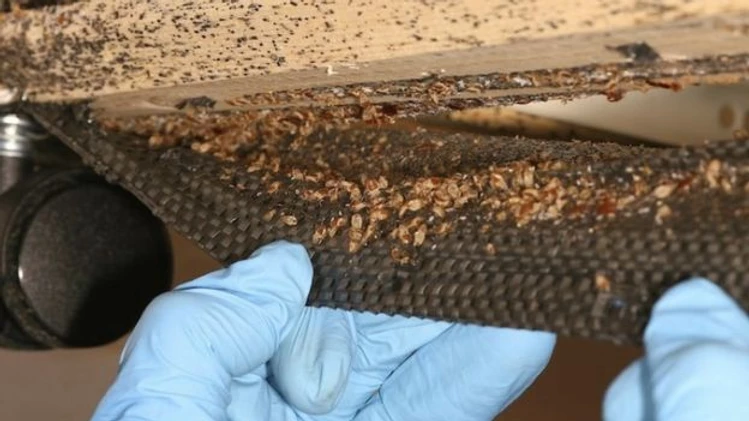 Bloodstains, droppings, and eggs can be found in several locations including:

• Crevices and cracks in furniture. 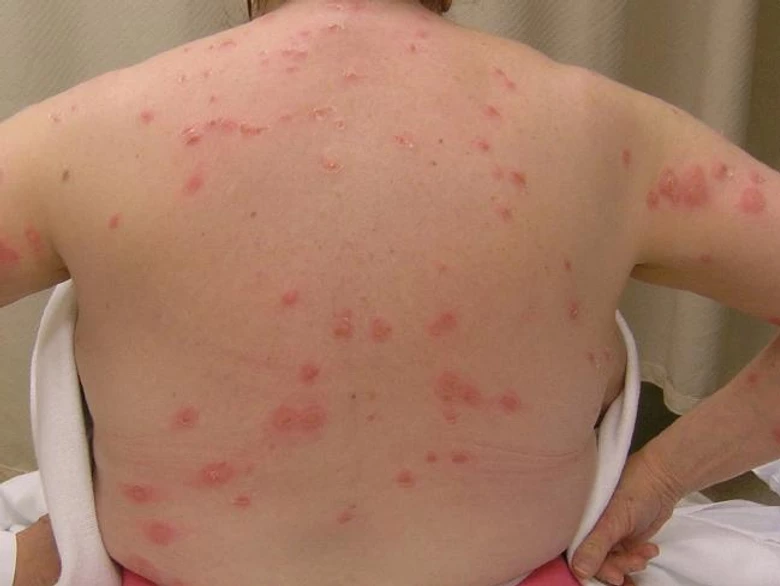 Some people do not react to bed bug bites. But for those who do, bite marks may appear within minutes or days, usually where skin is exposed during sleep. They can be small bumps or large itchy welts. The welts usually go away after a few days. Because the bites may resemble mosquito and other insect bites, a bump or welt alone does not mean there are bed bugs.