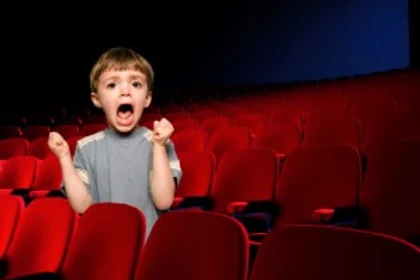 While you’ve probably heard about the growing bed bug infestations sweeping hotels across the nation and around the world, you might not know that going to see a blockbuster movie could also get you up close and personal with the insects. That’s because bed bugs aren’t only in beds anymore.

In fact, there’s been a significant rise of bed bugs being spotted in the cushions of movie theater seats, according to the National Bed Bug Association (NBBA). It’s a real problem because bed bugs are hitchhikers that latch onto your clothing, and can take up residence in your home.

This doesn’t mean you should skip going to the movies. It is summer blockbuster season, after all. Instead, an easy way to prevent bed bugs from sticking to you and carrying them home is to carry an LED flashlight to the theater. This type of white light makes it easier to see the opaque egg clusters, reddish adult bugs, or fecal matter (which looks like a surface was repeatedly touched with the tip of a pen) that signal bed bugs than does softer yellow or incandescent light. Don’t sit in a seat if you see these signs! It’s also a good idea to skip bringing bags with you into theaters so the bugs don’t try to hitchhike in them.